The Great Resignation: Do Malaysians Quit Their Jobs in Droves? 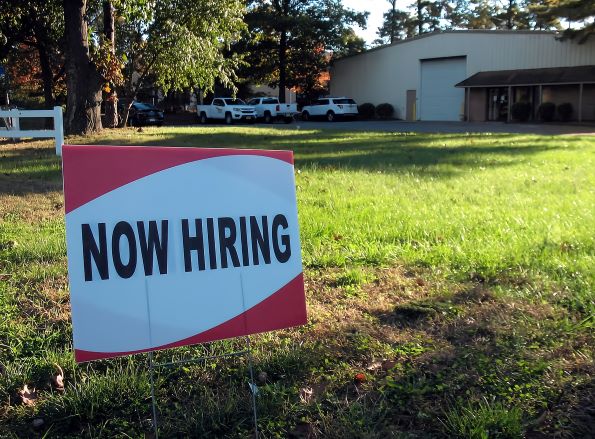 COVID-19 has been a global pandemic since the beginning of 2020, and it is now affecting all countries in the world. The pandemic has affected many aspects of our daily lives, such as education, work, travel, social life, etc., which has caused some problems for people to cope with these changes.

At the same time, an increasing number of employees have become unemployed due to the shutdown of companies or schools. This situation has led to a rise in unemployment rates among Malaysians. In 2020, for instance, the unemployment rate was 4.5%, the highest in almost 30 years. Malaysia’s economy also dropped 5.6% in 2020, which was worse than during the 1998 Asian financial crisis.

Around the world, this pandemic also triggers many employees to resign from their jobs, especially those who are not able to continue working due to various reasons.

But you may wonder, why do so many people resign? What makes them leave their job during the COVID-19 pandemic? Read on to find out!

What is the Great Resignation?

The Great Resignation is a phenomenon that reports a record number of individuals quitting their employment following the COVID-19 epidemic. It usually happens when there is a sudden increase in unemployment rates, especially among young workers.

It was proposed by Professor Anthony Klotz from Texas A&M University. He believes that more and more people will resign from their jobs once the pandemic ends because they can no longer handle the stress of being employed.

Apparently, companies and managers have noticed this phenomenon, and they are trying to prevent this from happening. Some employers even offer incentives to encourage their employees to stay in their current position.

There are several theories behind the Great Resignation. One theory suggests that it is triggered by the fear of losing one’s livelihood. Another view says that it is related to the fact that most people want to be self-employed after the pandemic ends.

Another reason might be that people feel like they have nothing left to lose. They see themselves as having no future prospects, and therefore, they just quit.

More reasonings are explained in the following section below.

Why Do People Resign During The Pandemic?

During the COVID-19 outbreak, we saw many cases where people resigned from their jobs. But what made them decide to quit? How did they get into this situation? Let us discuss the leading causes below:

Fear of Losing Their Job

When the COVID-19 started spreading rapidly across the globe, many people became afraid of getting infected. As a result, many of them lost confidence in their ability to protect themselves from the virus. Therefore, they decided to quit their job instead of staying at work and risking their lives.

The Uncertainty of Future Prospects

When the pandemic began, many people felt uncertain about their future. They didn’t know if they would still have a job after the pandemic ended. As a result, they decided to resign from their position before the end of the pandemic.

Lack of Confidence in Employers

Many people who worked in service industries such as restaurants or hotels found themselves out of work due to the Movement Control Order or MCO, which shut Malaysian borders off. These people felt like they had nothing to lose anymore. So they simply resigned from their jobs because they couldn’t find another suitable job or were laid off because their employer had financial issues.

Lack of Opportunities for Advancement

Some workers were laid off during the pandemic, but they weren’t offered any other opportunities for advancement. As a result, these workers decided to leave their current job and look for new employment elsewhere.

People who were fired during the pandemic often felt disrespected at work. Some of them even received negative feedback for their work. This caused them to feel extremely upset and hopeless. As a result, many of them decided to resign from their jobs.

People who worked in essential services such as healthcare and transportation faced a higher risk of contracting the coronavirus. As a result, they were exposed to high levels of germs and viruses, which could potentially cause them to become sick.

This made them feel unsafe at work. As a result, some of them decided to resign.

Research by Employment Hero showed that younger talents aged 35 and under are most prepared to move on from their current jobs. Among those aged 18-24 surveyed, 81% are planning on changing roles, as are 68% of millennial employees aged 25-34.

Interestingly, the research also found that 45% of the employees like their job, with 24% loving their roles. This shows that Gen Z does not really have issues with work itself.

The lack of pay raises, as well as the prospects of pay cuts, is what makes young talent decide to quit their jobs.

The pandemic has given Gen Z more reasons to change careers or quit their jobs altogether. However, with the rise of unemployment rates among millennials, it only means that Gen Z will be the ones leading the way when the economy recovers.

The Great Resignation will unlikely be a major issue in Malaysia, at least in the long term. The country’s unemployment rate has dropped in the 4th quarter of 2021 at 4.3%, which shows that employment problems are slowly being solved despite the pandemic.

However, there is still a possibility that this trend may reverse. Therefore, Malaysians should prepare themselves for future unemployment problems.

If you need help with hiring the right talents or if you are a job seeker looking for your next opportunity, we at IdealSeed can provide you with all the resources you need. We can connect you with top employers, recruiters, agencies, and freelancers.

To learn more about our services, visit us at www.idealseed.com.